THIS second novel by Nazeer Kahut is dedicated to Punjab and the people of the province and areas which included in the state of Maharaja Ranjeet Singh and concerns with the period when the Mughals had lost their minimal command on this part of south Asia. In place of the Mughals, either the Afghans had established their momentary rule or it were the Sikhs divided in 12 misils. According to Dilshad Pasruri, a major Persian poet of the period, there was no difference between the oppressive governments of Afghans and the Sikhs or the Muslims or the Sikhs. They appeared as calamities starting from Nadir Shah Afshar or Qizilbash.After the fall of Mir Mannu,it was Ahmad Shah Abdali who devastated the land of the five rivers up to Jamuna.Ahmad Shah or for the matter Nadir Shah came to loot and plunder and none of them was serious about saving the Muslims Empire, which was rapidly on decline after the death of Aurangzeb,particularly after the death of his son Shah Alam on whose death in Lahore all his four sons clashed of whom three were murdered and the fourth qualified to occupy the throne in Delhi. That was the beginning of the end.

away from it, particularly the Frontier, Kashmir and Punjab which were again and again being invaded by Afghans. Internally the Sikhs and the Marahattas and the other Muslim tribal chiefs and adventurers were out to establish their rule with no programme of good governance.Abdali and his son tried to establish Afghan hegemony in Punjab and Kashmir but that proved stop-gap arrangement and anarchy could not be arrested. The Sindhi Kalhorras were in Bahawalpur with the blessings of Nadir Shah,Pathan were in Multan under the patronage of the Kabul rulers,Munjh were in the central(towards the east) areas where Sikhs had emerged and founded many small states. Lahore was no more in the effective control of the Afghans. Most of the time they were at the mercy of the Sikhs.

In the last Attack of Taimur,the elder son of Abdali,the Afghans lost much of hope to control the area. Shah Zaman decided to keep his hands off Punjab and because Ranjeet Singh, one of the Sardars of the Sikhs who had cooperated with Zaman,the later decided to give the Control of Lahore to Ranjeet Singh and that was done in writing.The luck favored Ranjeet Singh who with the passage of time occupied the Afghan area including the frontier,the Punjab including the Multan,Mankera,the Baloch area and the rest of the Punjab upto Sutlej.
He was strongly supported by some of the Muslim chiefs like Neka,a Muslim Zamindar from Sandal Bar who had been fighting against the invaders from the west.Apart from farming ,he reared horses for the forces.His people had been the target of the Afghans from Nadir Shah’s time,therefore he becomes a natural ally of Ranjeet Singh.He was not happy with the MUghals who in their hay days had victimized Neka’s forefathers who sided with Dullah Bhatti in Akbar’s time. 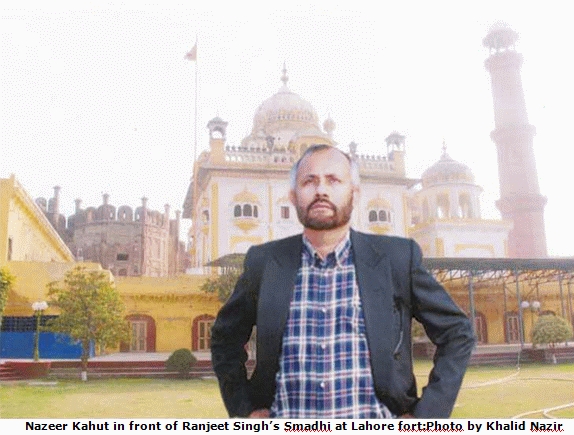 As An ally Neka living on the left bank of the river Chenab becomes one of the most trusted companions of Maharaja. On his retirement to his ancestral place his young well read and well trained son Murad Hayat becomes the intelligence chief of Maharaja.Murad Hayat first time appears in the novel when he returns from the spying mission of the British occupied areas across Sutlej.He is identified by British Lieutenant James on the bank of the river when Murad had reached to the other Bank. The findings of Murad are that the Dogras(Gulab Singh and Dhayan Singh etc) and the Mirs like Teja Sing and Lal Singh were playing in the hands of the British who had developed a fear of Sikh invasion and they after conquering the whole of India thought that without occupying the Punjab up to Khyber, they would always remain at the mercy of Maharaja who had refused to the British to use his area to assault Afghanistan. 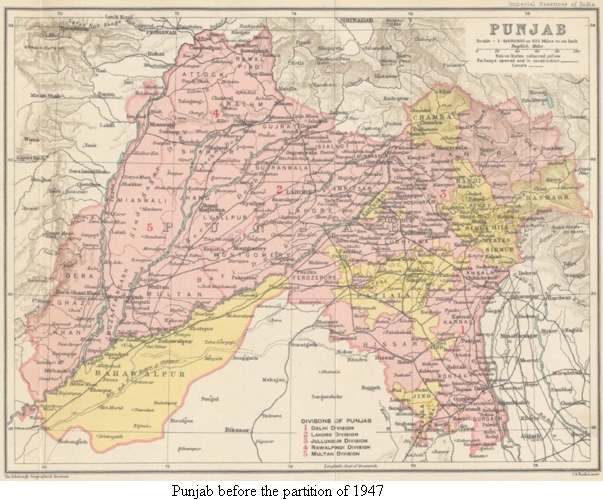 Kahut has with the help of historical record covered the period between 1837 to 1947 including the wars of Mudki,Multan,Chaillianwala,Gujrat,Saadullpur and Ram Nagar,the
conspiracies of the Dogras and Misrs from across Jamuna and the Sikh rulers of eastern states and hatred of the Purbia sepoys and Punjabi soldiers. The war of 1857,then the freedom struggles including the wars in Sahiwal,Multan,Jhelum and Sialkot and other areas of the Punjab.
Murad after his return to his area joined Ahmad Khan Kharal where he killed Captain James. This part of the novel is more sentimental.Murad and his Sikh and Hindu companions are also witnessed to Jallianwala Bagh tragedy and then communal politics by Akalis,the Muslims and the Hindus.Murad and his non-Muslim colleagues had been facing the atrocities of the British rulers in their areas where the British rulers encouraged the invaders who had come with Nadir Shah and Abdali,Taimur Shah and Shah Zaman and settled down. They had many times clashed with the locals mainly the followers of Murad Hayat, Sukhi Ram and Multan Singh. The three old sardars who strictly believe in total communal harmony.

The last battle they had to wage with the invaders Afghans known as Jhangdis whose social and economic superiority was established by the British and who played the worst role when minorities were on their way to their destinations. Some glimpses of the attacks on the refugee trains reflect the scenes found in the “Raakh” of Mustansir Hussain Tarrar, ”Gavachian Gallan” of Anwar Ali and”Ghar Ka Rasta Bhool Gia” by Ahmad Bashir.

This is the first Novel in Punjabi on this side of the border which has touched the tragedies of the Punjab since 1838 in which the author Nazeer Kahut claims that it was not the partition of India(across Jamuna) but of the Punjab in which the whole demographic map was changed. That East Punjab was created by the Congress Leadership to be always used as battlefield against Pakistan and where the main sufferers would be the Sikhs and the Muslims of the West Pakistan.
The attempt by Kahut is good and it presents the moving picture of the Punjab people during one century(1837-1947).

WAGHA:
A Novel by
Nazeer Kahut